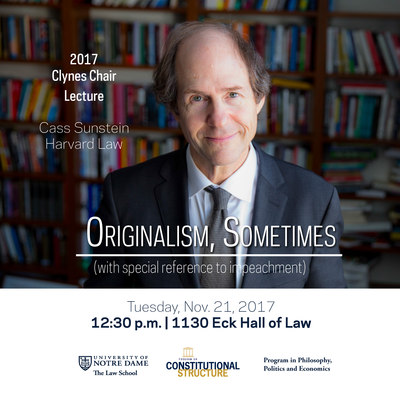 Originalism might be defended on two very different grounds. The first is that it is in some sense mandatory – for example, that it follows from the very idea of interpretation, from having a written Constitution, or from the only legitimate justifications for judicial review. The second is that originalism is best on broadly consequentialist grounds. While the first kind of defense is not convincing, the second cannot be ruled off-limits. In an imaginable world, it is right; in our world, it is usually not. But in the context of impeachment, originalism is indeed best, because there are no helpful precedents or traditions with which to work, and because the original meaning is (at least) pretty good on the merits. These points are brought to bear on recent defenses of originalism; on conflicts between precedents and the original meaning; on conflicts between traditions and original meaning; and on nonoriginalist approaches, used shortly after ratification.