Of War and Law 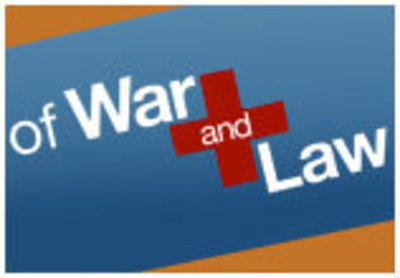 Of War and Law: Symposium and Film Festival

The 1949 Geneva (or “Red Cross”) Conventions on the Protection of Victims of Armed Conflict (civilians, the wounded and sick, and prisoners of war) are the core of international humanitarian law. Drafted shortly after World War II, the Conventions primarily deal with war between states and regular armies.

Over the past 60 years, armed conflict has grown significantly more complex. The “new wars” blur the distinctions between war, organized crime, terrorism, and large-scale violations of human rights; between public and private actors; between military, police, and civilians; between occupation, counterinsurgency, and nation-building; and between war and peace itself.

This three-day event will explore the transformation of war and the ensuing challenges to international humanitarian law. It will feature lectures by a leading military historian and theoretician and by a high-tech entrepreneur and former U.S. special operations officer; panel discussions with leading scholars in international law, conflict, and peace; and a series of provocative films spanning wars and humanitarian law issues over 150 years.