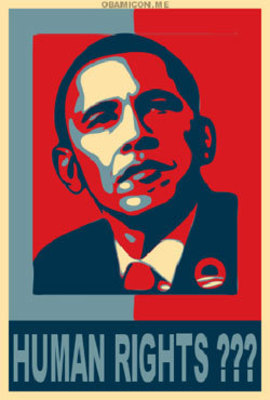 The Obama Administration’s Record on Human Rights and Terrorism: The First Sixty Days

As part of its Advisory Committee Meeting, the CCHR will present a panel discussion entitled “The Obama Administration’s Record on Human Rights and Terrorism: The First Sixty Days”. Panelists include Steven M. Watt, senior staff attorney with the ACLU Human Rights Program and graduate of the Center for Civil and Human Rights LL.M. program and Doug Cassel, Director of the Center for Civil and Human Rights. The presentation will begin at 3:00 p.m. and will be held in the Faculty Meeting Room (Room 2130) in the Eck Hall of Law.

Steven M. Watt is a senior staff attorney with the Human Rights Program, specializing in litigation before federal courts and international tribunals. Watt is counsel in El Masri v. Tenet, and Mohamed v. Jeppesen, challenges to the CIA’s extraordinary rendition program; Ali v. Rumsfeld, a suit challenging U.S. interrogation and detention practices in Afghanistan and Iraq; Sabbithi v. Kuwait, a case on behalf of three Indian women trafficked into the U.S. and enslaved by their diplomat employers; and Gonzales v. United States, a case before the Inter-American Commission of Human Rights on behalf of a victim of domestic violence.

Prior to joining the ACLU, Watt was a Human Rights Fellow at the Center for Constitutional Rights, where he focused on post-9/11 litigation, including Rasul v. Bush, a case involving the detention of Guantánamo Bay detainees; Arar v. Ashcroft, the first legal challenge to extraordinary rendition; and Turkmen v. Ashcroft, a case involving the detention of Arab, South Asian and Muslim men rounded up after the September 11, 2001, attacks.

Before coming to the United States, Watt worked for three years as a public defender and legal policy consultant for the Solomon Islands government, managed refugee camps in Tanzania, worked for a community-based development HIV/AIDS program in Uganda and assisted emergency programs for the internally displaced in Liberia.

Later in the day, at 5:45 p.m., the Center for Civil and Human Rights will host an open house for all to visit the Center’s new space in the new Eck Hall of Law.