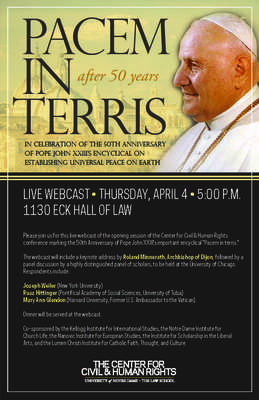 The webcast will include a keynote address by Roland Minnerath, Archbishop of Dijon, followed by a panel discussion by a highly distinguished panel of scholars, to be held at the University of Chicago.