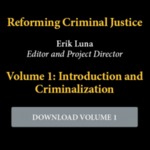 Since the 1960s, Congress has steadily expanded the crimefighting reach of the federal government. Unfortunately, the constant drumbeat to “federalize” criminal law by passing more federal statutes, ratcheting up already severe federal punishments, and expanding the federal prison population has accomplished precious little in terms of public safety. The failed drug war proves as much. Worst still, the virtually limitless and unchecked charging authority of federal prosecutors undermines the effectiveness of American criminal justice. Instead of complementing state efforts by focusing on areas of federal comparative advantage, federal prosecutors waste scarce resources “playing district attorney”—that is to say, pursing the same kinds of crimes that state prosecutors do. The result is a federal prison population that is bursting at the seams, and a national drug problem that has never been worse. The solution is for Congress to undertake a major overhaul of federal criminal law. The number and scope of federal criminal statutes should be drastically reduced, and the definition of federal crimes tightened and modernized, to limit federal enforcement to offenses that are of peculiar concern to the federal government and offenses that defy adequate response within the state system. Sentencing policies that generate unusually severe punishment in federal court, such as harsh statutory mandatory minimums for drug and nonviolent weapons offenses, and overbroad asset forfeiture laws, should be repealed or at least reformed to eliminate incentives for prosecutors to pursue garden-variety criminal matters in federal court. In this context, as in many others, “less is more”: a streamlined federal criminal code limited to the nation’s worst offenses, which reserves major penalties for major crimes, will better protect the public than our costly and ineffective current system of overfederalization.

The Academy for Justice

A Report by The Academy for Justice; with the support of Charles Koch Foundation and the Sandra Day O'Connor College of Law, Arizona State University