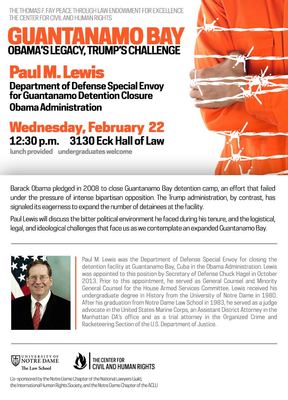 Barack Obama pledged in 2008 to close Guantanamo Bay detention camp, an effort that failed under the pressure of intense bipartisan opposition. The Trump administration, by contrast, has signaled its eagerness to expand the number of detainees at the facility.

Paul Lewis will discuss the bitter political environment he faced during his tenure, and the logistical, legal, and ideological challenges that face us as we contemplate an expanded Guantanamo Bay.